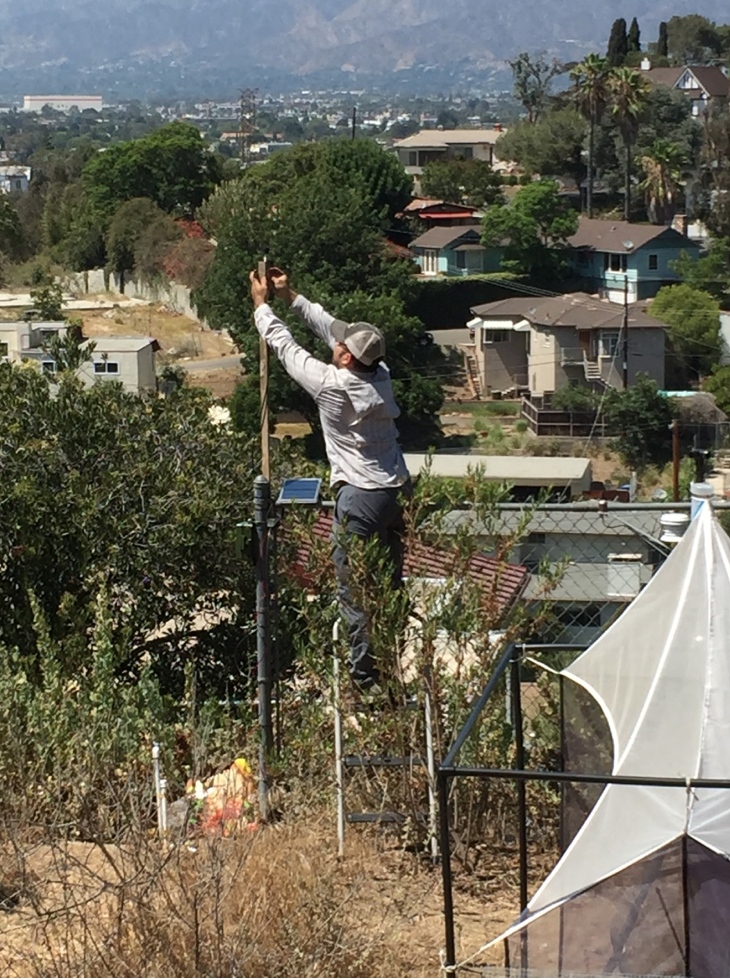 Figure 1. Setting up an SM4BAT recorder in an urban backyard in Los Angeles.

The SuperProject is a multi-year backyard survey of various taxonomic groups and environmental data along multiple habitat gradients. Homeowners agree to host research equipment (e.g., flying insect traps) which are monitored by scientists, in addition to completing diurnal citizen science surveys for various taxonomic groups. The overall objective behind the incorporation of a bat study into the SuperProject was to allow us to measure the impacts of environmental variables such as foraging availability on bat species activity and species richness in backyards. The results of the study will provide data that can inform property owners and city planners how to provide suitable habitat for bat species in urbanized and urbanizing landscapes.

The equipment was received in June 2016 and deployed later that month. The bat detectors were supplemented by an SM3BAT funded by NHM, providing a total of 5 bat detectors to the project. The current transect is a "Coast to Desert" transect from Santa Monica, CA to Riverside, CA. The objective of phase one was to act as a pilot for future transects due to the fact that the sampling period was ending in only 3 months. Instead of only monitoring 5 sites for the duration of the transect, we chose to nearly double the number of sites sampled instead. Four bat detectors were moved to new sites that represented new backyard (microhabitat) and landscape types (macrohabitat) along the transect. Bat detectors remain deployed in backyards, preventing us from providing a complete summary of results. However data from the first five backyards yielded some interesting results. For instance, more urban sites had half the species richness as suburban sites (Table 1).

Species were detected in all backyards regardless of environmental variables, confirming that some species were more urban adapted than others. Tadarida brasiliensis was by far the most ubiquitous species throughout the transect. An initial analysis confirms at least eight total species were detected but species richness, activity, and composition varied at each site (Table 1). Although it is unclear how the different covariates are influencing bat activity, there seem to be trends emerging. In addition to providing baseline urban bat data for each region, the data will prove that concurrent sampling of more sites and longer term monitoring is necessary to take full advantage of this opportunity. The number of species detected in such a short amount of time will intrigue the public and inspire potential donors to support the expansion of our study. As forage availability (e.g., nocturnal flying insects) are quantified as well as other environmental variables, we hope more trends will emerge.

The Natural History Museum of Los Angeles County intends to analyze the bat data along with insect and GIS land use data to tease out any interesting trends. Once bat data is analyzed, data will be submitted to an online bat echolocation database called the Bat Acoustic Monitoring Portal (BatAMP). BatAMP will incorporate our valuable urban data into a larger network of data that aims to better understand migratory movements of bats and seasonal activity throughout North America. NHM will also use the results to seek more funding opportunities to monitor more sites simultaneously. NHM scientists are still deciding the start date and location of the upcoming transect. Also, scientists are determining how they may change the sampling methods and degree of involvement of the citizen scientists (homeowners). Homeowners have expressed interest in being further integrated into the scientific process. Finally, an abstract was submitted to present the SuperProject Backyard Bat Study at the 2017 Citizen Science Association Conference as a poster or presentation. We look forward to using this opportunity to inspire more urban bat research, bat citizen science, as well as gather information on how to improve our study for the benefit of citizen scientists and bats. 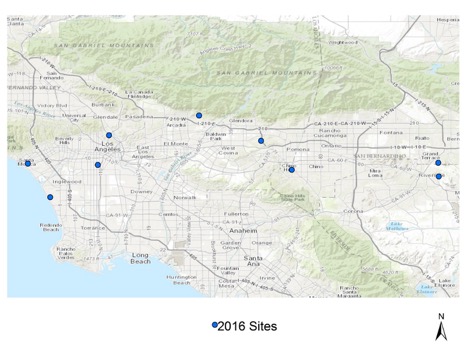 Previous bat research in the Greater Los Angeles area has been limited to public open spaces on the edge of urban and suburban landscapes. Through this limited research, biologist estimate that 18 species have historically called Los Angeles home. However, due to rapid urban development, these estimates may be outdated. Further, private land which comprise most of the landscape in the Greater Los Angeles area is understudied and bat activity in these areas is unknown.

The Natural History Museum of L.A. County initiated a citizen science based backyard survey in 2016 between the cities of Santa Monica, CA and Riverside, CA (Figure 1). The 2016 pilot season occurred between July 2016 and October 2016. Although the number of sites were limited by the short sampling season, the results were promising.

In total, nine sites were sampled and every site detected bats. Twelve total species were detected within the study area. Five of the twelve species were California Species of Special Concern (CSSC). Eight of nine sites detected at least one CSSC. These results suggest that even bat species previously thought to be sensitive to urbanization may be using backyards as a resource.

The next steps are to publish our 2016 results in a scientific journal and move our study to the San Fernando Valley and South Los Angeles region of the Greater L.A. area. We also plan to add our data to the Bat Acoustic Monitoring Portal (BatAMP). 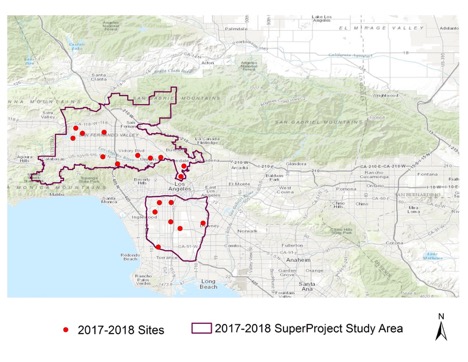 The 2016 pilot season ended successfully with the documentation of 12 species, including 5 California Species of Special Concern. The sampling occurred across 9 urban and suburban backyards spaced out along a coast to desert transect between Santa Monica, CA and Riverside, CA. Our research team looks forward to the 2017 field season because we will begin our surveys in new regions of the L.A. area. The sampling period for 2017 is taking place between May 2017 and May 2018.

During the 2017 sampling year, we will be surveying 18 backyards spaced out throughout the San Fernando Valley (11 sites) and South Los Angeles (7 sites) regions of the Greater Los Angeles Area (Figure 1). South Los Angeles has fewer sites because we plan to make this underserved region our main focus next year and we want to engage with them a year in advance.

We will be rotating 4 bat detectors to new sites every month in an effort to cover all 18 sites multiple times by the conclusion of the sampling year. Citizen scientists are tasked with hosting the bat detector at their home and checking the status of the battery and memory card on a regular basis.

Initial data is still coming in so we are currently processing the first round of 2017 data. The Urban Nature Research Center staff are preparing a publication summarizing the results from our 2016 pilot season. We applied for a grant that would allow us to purchase enough bat detectors to sample all 18 backyards concurrently. We will be notified of our grant application results in Fall 2017.